More than a year has passed since the end of the first volume of the King’s Maker, manhwa that was drawn and written by Haga & Kang Ji Young. Despite that long time, the love for that manhwa hasn’t decreased even a little, with fans staying on edge eagerly waiting for the next season to be revealed. Today, I am proud to say that the next volume of the King’s Maker has finally be published to a great number of chapters. This advancement permits me to give you an idea of what you should expect in this new volume and decide either you should read it or not. My name is Kayfrid’s memory and I’ll have the honour to present to you this review of Volume 2. For those who haven’t read Volume 1 yet, I suggest you to click here.

This new volume starts with an appreciated summary of what happened in the last volume. A summary narrated by Shin himself in a form of a somehow melancholic written letter to his mother, but don’t let this letter lure you any one bit. Because this time, it seems Hage and Kang Ji Young aren’t there to joke around. The first panel of the manhwa strikes us with an unbelievably good idea of what we will get in this new volume. Obviously, we still get those ASTONISHING art that we were used to, in some beautifully drawn panels. But this time, in addition to those beautifully well drawn panels, we got a freaky damn SEX SCENE AT THE VERY BEGINNING OF THE NOVEL.

Girls, do you copy that!? Not that we already get the coming back of this incredible manhwa, but we also get a well-drawn sex scene right at the beginning of it. Who is starting to get exited right now, raise your hand (✋)? Next, we stumble upon this handsome adult face of the new king, Wolfgang Goldenleonard. Did I already say that I love his eyebrows? No. Well, let me say it again. I LOVE HIS EYEBROWS; they are simply gorgeous. I personally appreciate the adult Wolfgang, who is as charismatic as the teenage one, not to say even more charismatic. For Shin, I feel like they gave him a more wolverine look than in the previous volume. Not that there’s anything bad with it. It’s just something that you must get used to. Even though, it is true I was used to the geeky dominant look that he had in the previous one. I really got attached to the him reading books all day while Wolfgang was watching him silently (well, there’s no change in that regard).

Well, the picture speaks by itself. This story is becoming spicy really quick. We just barely regain our breath after the sex scene from before and now we receive this romantic scene between our two cuties. I’m not sure my heart can handle any more of this (😤). Seriously, the only word that I can grab to say about this panel is LOVELY. This can be the reason why I don’t want to fall in love right now, like that I can continue to read and admire all these beautiful panels😍. They actually did a great job here, I feel like they are establishing their relationship right at the beginning, like that no one between the readers will get confuse on either yes or no are they in a relationship.

We end on a rather nerve breaking scene of the maids gossiping about the king and how he managed to put himself on the throne. Scene that I wish never happened, because the only thing I wanted to do to those bitches was to cut their tongue off and give them to the sharks, or whatever the kind of wild dangerous animal you are thinking right now. But I know that it is a classic for maids to gossip about their employer (since apparently they have nothing else to do), I still cannot bear the fact that they are talking about one of my precious babies here and that my friend, I’ll never tolerate.

In conclusion, for this first chapter of volume 2 of the King’s Maker. We are given a lot of cute moments and the authors are actually trying their hardest to give us a direct shot about the relationship status of our two lover birds. The pros for me was definitely the coming back of the manhwa with still the same familiar art and panels I found in the previous volume. Those details can not mean a lot to you, but to me and for some folks out there, it will give a sense of secureness and comfort to know that there’s not much that has changed since the last time. For the cons; I would have obviously wished for a longer chapter, but despite that I’m still content for what we got and looking forward to the next chapter. My prediction for the future chapters would be that, we aren’t done seeing those two together and a lot of other tremendous event are coming looking by the summary of this new volume. To give yourself a fresh start about this incredible manhwa you can still go and read the article I did on King’s Maker first volume to get more spice out of it. Thanks for stinking around up to now, subscribe to my newsletter for more articles like this one and I’ll see you next Saturday for another discovery.

Summary: The King is back. With the defeat of his father, Wolfgang Goldenleonard has achieved all that he's sought -- the love of Shin Soohyuk, the power of the throne, and vengeance over the kingdom's tyrannical ruler. But, Soohyuk, a "possession" of the former king, views their rocky relationship as one of war trophy and victor, despite Wolfgang showering him with affection. As uncertainty grows in the royal courts, forces beyond their control are preparing a second coup d'etat. Will these two be able to keep a grasp on the throne and on each other? 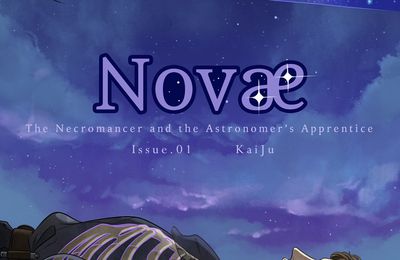