Hello hello everyone, before you dive in right into the action. Let me introduce to you a new concept on this blog called Remember.

Remember are articles that was written long ago and that I liked and so I decided to repost them. To make a kind of remember on those old moment.

So this articles was made in 2017 and it was one hell of an anime. For those of you who were already there since the very beginning of this blog,  you know what is awaiting you and you know that  this anime didn't leave me unravelled emotionally. Anyway, I don't watch to spoil the fun for the new comers, so Hope you will enjoy.

Good reading to you...

THE VIRGINE MARIE IS WATCHING

PPV: ⚠ Attention! The following content can contain spoiler and some insults. So, please if you are sensible (or by chance interested in this anime), it is highly advise for you not to continue reading. Thanks for your understanding.
Alright, I have a lot to say about this bullshit called Maria-sama Ga Miteru. Firstly, we are in a normal environment, a catholic school filled with girls and of course you can already feel the GL that will COME ALONG. Until now everything is fine, as usual there's a new student (a girl with no surprise) that will appear in the school and will obviously fall in love or as they say it, find interest in THE popular girl of the ENTIRE school.
The rule is simple in this school, the person to whom an older student give her rosary to, becomes her soeur (here it stands for “sister”) and there it goes for everyone without exception. But of course if it was that simple it wouldn't be fun😒. So, Yumi (as dump as she looks like) she refuses the rosary of the most popular and desired girl of the school, Sachiko, and that's where all the bullshit begin.
Now, can someone explain me why the fuck do we have a hierarchical relationship in this anime!? Meaning; Sachiko, our absolute beauty of the school have an older soeur or as the anime said it '' she has previous crush'' with whom she is still in a relationship RIGHT NOW, until of course that girl graduate. And during all of this, they are all aware of the fact that when that older student will go, she will be replaced by another one and the cycle continues!
What is this? Another parody of Cobra!? Is that really what you want to show to the next generation? That they can replace someone they love as soon as that person is gone!? Really!? (not that it is a bad idea but still, that doesn't set a good example) and worst in this, is that they did a SEASON 2, that is EVEN WORSER than Season 1. There, the action starts directly with Yumi having a crush on a certain girl called Haru and the cycle of Harem Shoujo-Ai continues (I did not even know that a Shoujo-Ai could be a HAREM).
Actually, the cinematics is similar to the one of STRAWBERRY PANIC ( for those who don't know, you can click on the name for more details) but the creator of that anime were more performant than this five years old painting that I watched.
Anyway, I could talk about this the whole day, but I don't want to spend one more time on this 5 years old scrapbook. But please, do not forget that this is just my opinion of the anime version ( and I'm not a professional critic ), you can still build your own opinion while watching the anime or reading the manga. So, If you are interested in the anime or the manga, you can go check it out on your usual manga reader. Hope you enjoyed this moment together and see you for another discovery.
Thank you and see ya!!!
Alternative Name: マリア様がみてる; La Vierge Marie vous Regarde (French); Mariasama ga Miteru; Marimite; Rosen unter Marias Obhut (German); The Virgin Mary Watches Over Us
Demographic: Shoujo Ai
Genre(s): Drama, School Life, Shoujo Ai
Author(s): Konno Oyuki
Artist(s): Nagasawa Satoru
Available: Manga & Anime series
Type: N/A
Summary:
The setting is Lillian Academy, a private Catholic all-girls school where the student council is known as the Yamayurikai (Mountain Lily Council) and younger students are taken under the wing of older students through a system known as the "soeur system" ("soeur" is French for "sister"). The main character, Yumi, who is basically a nobody, suddenly finds herself interacting with the members of the Yamayurikai and their soeurs, most notably her crush, the talented, beautiful, and withdrawn Sachiko...
« Previous post Next post »
Back to home page
Share this post 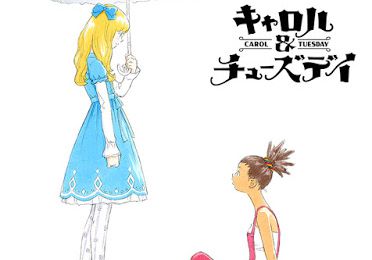