Sooooo, I thought it would be a great idea to write an article about Hikikomori’s and how they are perceived in animes. And why not exposing some fact about them that you may or  may not know. OKay, without further due, let’s begin. Hello everyone my name is Kayfrid’s Memory and welcome on Busta Jungle.
A small definition to start up, Hikikomori’s are reclusive adolescents or adults who withdraw from society and seek extreme degrees of isolation and confinement. (thanks Wikipedia) So, we would say it is kind of normal not to see a lot of them being successful and prosperous in anime, because in real life there aren’t much of them that are famous (at least they aren’t known by everybody). But there are of course exception to the rules that some time comes out of the box (if not, what’s the point of writing this post).
During my research (that wasn’t really fruitful as you can imagine), I fell on some interesting anime where the topic of Hikikomori was pretty much well introduce and super caricatured. So, I tried my best to sort out some common interesting traits that could help us understand how rich Hikikomori’s are represented in anime. OH! And I wish to clarify that despite my thorough research I may have missed some informations or even anime that included Hikikomori’s.
1- L Lawliet

Anyway, the first anime I thought to explored the successful part of the Hikikomori was WITH NO SURPRISE Death Note with L Lawliet; Well, it would have been a huge mistake not to talk about this character from Death Note, especially that his one interesting fella to talk about. For those who don’t who may not know L Lawliet, first of all WERE YOU LIVING IN CAVE OR SOMETHING DURING THESE PAST FEW YEARS!?, secondly L Lawliet is a huge detective from the anime and manga Death Note in which he’s eager to track down the Killer Kira AKA Light Yagami. 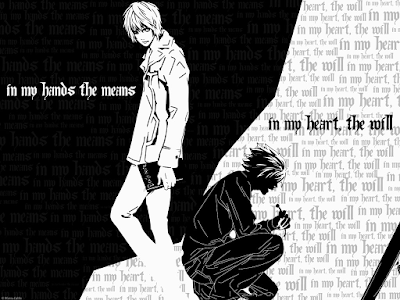 Seriously, go check the anime or manga out, because it’s just SUPER AMAZING. As usual, you won’t regret it.
Alright, what about this L Lawliet (that we will just call L, it will be more easy for me that way). L is one strange character in Death Note, as I said earlier we mostly know him for his incredible talent in solving unsolvable crimes, but not only. He is also known for someone with quite a peculiar eating habits. Like really! Despite his physical appearance, his able to eat a whole plate of chocolate cake and a bag of candy without gaining even a single amount of weight.
And that went on during the whole show. But I know what you are going to say “Okay Kayfrid, but how does it make him a Hikikomori?”. Be patient, I’m coming on it.
Although, L is a great sugar eater, the detail that makes him a Hikikomori is that he never went out of his comfortable hideout while he was solving all those difficult crimes. He did those things, all in the comfort of his sofa and the only time where we can see him go outside it’s always only when he had to interact with Light Yagami or when he is accompany by Light. Never as far as I can remember have we seen a moment where L was outside without Kira by his side (I don’t know for you, but I sense a bromance going on here). He will actually prefer to stay indoors and send his right hand Watari to do most of the public interaction. But L also had some weird habits that you can say is very common to Hikikomori’s, he was never shown with different clothing, always the same blue jeans and a long-sleeved white shirt, with obviously the same messy haircut and some dark shadows under his eyes. Add to that the fact that he hates wearing shoes or socks and so therefore is always barefoot. Prove of the fact that there’s always or even no care for his appearance and health.
Alright, let’s gadder all the info that we have;
So, L is a weird guy with some dark shadows under his eyes, prove that he is an insomniac (as he said in the anime). He wears the same clothing every day, he avoid every interaction with the exterior world and mostly has some peculiar habits like walking barefooted and eating a lot of sweets. We can clearly and firmly agree that L Lawliet is with no doubt a Hikikomori.
I’ll give him 8.5/10 on the successful bar, since he is a famous detective and a character that I love very much.
Next we have…
2- Shiro and Sora 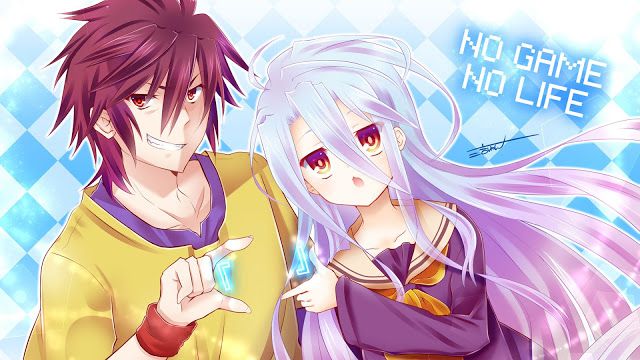 Yep, your eyes aren’t playing you. I am obviously and absolutely talking about No Game No Life with Shiro and Sora.
I told you this ranking will be serious, see, wasn’t lying.
So, I actually just started the anime of this show and I am astonish of hos good it is. Nonetheless, I already heard about the negative comments on this anime, BUT it didn’t stop me from watching it. Whatever, let’s start the analysing!
Well, Shiro and Sora are two young people neglected by their parents. In the society, there are considered as NEET (Not in Education, Employment or Training). Shut at home in gaming, they form the group blank, a legendary identity said to have never lost a single game. Sora forms the strategic and manipulative half and Shiro forms the genius in logic and problems of the other half of the duo.
Sora made a pledge to his step sister (Shiro) to never abandon each other, which can sometimes lead to situations where there enter into a catatonic state every time they get separated. So, why do I think that there are Hikikomori’s and even more, part of the successful ones.
Well, we can see right at the beginning of the anime where Sora explains the situation and why they do not feel like they want to be part of the society and go out to socialize like other human. So, right at that moment we have a direct characteristics of a Hikikomori, that feeling of not being good enough for this society, you know that uncomfortable feeling that they do not belong to this world. Obviously, not the depressive way where they want to commit suicide or something, just a really simple way that they do not feel accepted in this society. Right after that, they are summon into a gaming world where they become the King and Queen of that world.
So, yep. They went from NEET to King and Queen. Who can say the same thing in their life? For me that’s a great improvement and most of all that put them into a really big spot in this classification.
Therefore, because of that wonderful position they get a 9,5/10 on the successful bar of Hikikomori’s.
However, this all that I have for you. Yeah I know, this is very short compare to what I usually do, but my life as a student is very tight so the research too are very short. I did what I could to give the best of the best. If you want to support this blog and give more power to continue, you can click on the subscription button on your top left. That’s it for me, hope you enjoyed this small moment together and I’ll see you for another discovery.
Peace and Love
« Previous post Next post »
Back to home page
Share this post