Well today it's a First on this blog, we will talk about an awesome Love Anime who i think some of you will remember (if you are an oldy (^^)).

Anyway, I loved this anime, but I sadly can't find a channel that shows it again, because it is an old anime (exactly 1988, yeah, It’s old) so I didn’t see it to give you an accurate feedback about it, but I found some opening of the anime and I really advice you to go an check them out.

And if you find a channel that diffuse it please send me an Email I will be glad to review that wonderful anime again.

So, I’m done for the day and I hope you enjoyed this short moment together.

The story mainly takes place at Maison Ikkoku (一刻館, Ikkoku-kan), a worn and aging boarding house in a town called Clock Hill (時計坂, Tokei-zaka), where 20-year-old college applicant Yusaku Godai lives. Though honest and good-natured, he is weak-willed and often taken advantage of by the offbeat and mischievous tenants who live with him: Yotsuya, Akemi Roppongi and Hanae Ichinose. As he is about to move out, he is stopped at the door by the beautiful Kyoko Otonashi, who announces she will be taking over as manager. Godai immediately falls in love with her and decides to stay. Godai and the other tenants find out that despite her young age, Kyoko is a widow who had married her high school teacher, who tragically died shortly thereafter. Godai empathizes with Kyoko and endeavors to free her from her sadness. He manages to work up enough courage to confess his love to her, and it begins to look as if a relationship between them might appear. However, Kyoko meets the rich, handsome and charming tennis coach Shun Mitaka at her tennis club. Mitaka quickly declares his intention to court Kyoko and states that he is very patient, and can wait until her heart is ready.

Godai, not willing to give up, continues to chase Kyoko. But through a series of misunderstandings, he is seen by Kyoko and Mitaka walking with the cute and innocent Kozue Nanao. For the rest of the series, Kozue is mistakenly perceived as being Godai's girlfriend (by Kozue herself as well). Angered by this, Kyoko begins to openly date Mitaka. Despite the misunderstandings, Kyoko and Godai clearly have feelings for each other, and their relationship grows over the course of the series. Godai eventually manages to get into college and, with the help of Kyoko's family, he begins student-teaching at Kyoko's old high school. Almost mirroring Kyoko's meeting of her husband, Godai catches the attention of precocious and brazen student Ibuki Yagami, who immediately begins pursuing him. Her outspoken approach stands in stark contrast to Kyoko, which helps Kyoko come face to face with her feelings for Godai.

Meanwhile, Mitaka's endeavors have been hindered by his phobia of dogs, as Kyoko owns a large white dog named Soichiro in honor of her late husband. He eventually overcomes his phobia but, when he is about to propose to Kyoko, his family begins to goad him into a marriage with the pure and innocent Asuna Kujo. Feeling the pressure, Mitaka begins to pursue Kyoko with increased aggression. He slowly realizes that she has decided on Godai and is waiting for him to find a job and propose. Mitaka is completely pulled out of the race when he ends up thinking he slept with Asuna and her later announcing a pregnancy. Taking responsibility, he proposes to Asuna, but finds out too late that it was her dog who was pregnant, not her.

As things begin to really go well for Godai, Kozue Nanao makes a reappearance in his life. Kozue tells Godai and the other Ikkoku tenants that she is thinking of marrying another man, even though Godai had proposed to her (which is another misunderstanding). Kyoko, feeling foolish and betrayed, slaps Godai and demands that he move out. When Godai refuses, he wakes up the next morning to find her gone and her room empty. Godai tries to explain himself by visiting Kyoko every day, even though she won't answer the door. After she calms down a bit, Kyoko checks on the house and runs into the other tenants. They try to convince her to return.

The seductive Akemi, sensing that Kyoko is still hesitant, threatens to seduce Godai if Kyoko doesn't want him. She later tells the other tenants that she only said that to threaten Kyoko into coming back. This backfires when Godai is spotted leaving a love hotel with Akemi (he was only there to lend her money). It results in Kozue resolving to marry the other man. As Kyoko is about to return to Ikkoku, she learns that Godai has ended it with Kozue, but she thinks he slept with Akemi. She insults him, tells him that she hates him, and runs away. Godai follows her explaining that she doesn't trust him and that, despite the other girls, she never considered one important thing: Godai's own feelings. He passionately tells her that he loves only her: From the first moment he saw her and forevermore, she is the only woman in his eyes. The two spend the night together. Having cleared his last barrier of getting a teaching job, Godai proposes to Kyoko and, with the blessings of both families, they get married. The story ends as Godai and Kyoko arrive home with their newborn daughter, Haruka, and Kyoko tells her that Maison Ikkoku is the place where they first met. 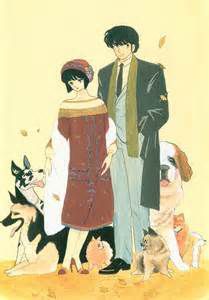 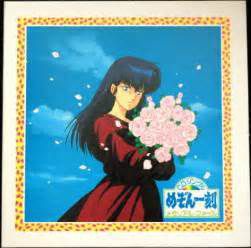 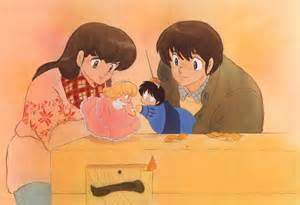 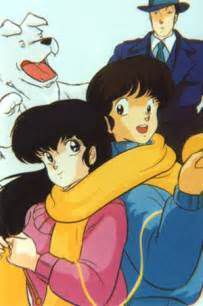 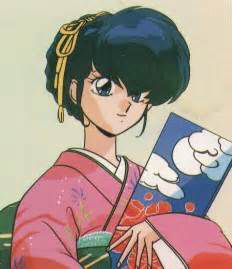 KIMI NO HIKARI : ASAGAO TO KASE-SAN