This is probably the most underrated side of the whole Yuri manhwa Lilith 2. We are so used to this subject only being introduced to us through boring old books position at the top dark side of the shelf where the light doesn’t even reach and the only visitor that those books receive is the warm and glooming presence of dust, that we can’t even imagine being educated by a book filled with drawings.

Generally, these books are kept away from the public like that secret diary you had when you were younger. To read them you will have to take a huge blanket, cover yourself up and hide into a dark corner to be able to read it.

Well, that was actually the way before, today, there’s something great that appeared and saved the pure souls filled with anatomic curiosity that we are. We don’t even need to present it any more, the internet is a saviour when it concern giving great knowledge at arm’s length.

But with the internet growing, the manhwa world is also growing and truthfully just a few amounts of people believe that manhwa, manga and manhua can be of any help when it comes to the sexual arousal of the human body and it’s interaction with other humans.

Nonetheless, your presence here today proves that you are aware of the huge lie that those believes represent and you are also curious to see Lilith 2 being expose and labelled as an educational book😉.

I would like to point out that for this article, I will specifically concentrate on Lilith 2, but it doesn’t exclude me from stating some details that are present in Lilith first volume.

Well, this is the programme for the game tonight, in the following paragraphs I’ll state 3 important facts brought up in the so known Yuri Lilith 2 that are bloody crucial for a perfect understanding of sex and I guaranty you that the last one is in fact the most important for a balance adult OR balance teenager sex life.

I’ll not continue wasting your time and will give the few essential topics that caught my attention during my investigation through Lilith 2. LET’S GO! The first fact is one that we unconsciously do and always use when we encounter conflicts in our out of life. It’s even the first thing that we use when helping a friend out. No? it doesn’t ring a bell?

Okay, I’ll stop playing with you now. The first fact that we frequently find in Lilith 2 is Communication. Communication is one of the most important facts when it comes to sexual interactions.

Despite the few evidence that can be found in Lilith 2, we can still find some of them during important interactions between two characters. In this one, we are talking about Sulhwa and Jaehee.

Since the next volume is specifically centred around this two, we had the importunity to witness their amazing lack of communication between both of them. Even though they had sex with each other multiple times (and I’m not just talking about physically, but also during dreams), they never really had a face to face discussion about their sexual preference…

Sulhwa chose to go to Young to have more information about Jaehee and her sexual preference. Despite the fact that I am a very understanding person and because of that I understand that she was scared and nervous, but this type of information needs to be given by the person concern by it themselves.

Imagine you have a great secret that you were hiding for years from your partner because you were scared that they will run away, but you will still be willing to tell them the truth at some point. And suddenly one of your friend come by behind and share that secret with your partner without your concern, you will obviously be very upset.

Even though, Jaehee didn’t know much about what Sulhwa did. But still. My point is, communication helps in making the bond between two people deeper and it also helps the relationship overpass the face of shyness and hesitance.

Next, we have another incredible fact that has been stated in Lilith 2 so many times that I’ll suffocate myself if I start counting them right now😅.

For this next important fact, let me introduce you to Pleasure, one hell of an aspect that is too often neglected, especially between heterosexual relationships.

But we aren’t here to talk about those. Anyhow, it is important for both men and women to be aware of the pleasure of their partners. Unless you are a pure narcissist, we will all agree on the fact that when your partner experience pleasure, the sexual experience is more enjoyable for both of you.

I can not really complain much, because Lilith 2 has really put an extra effort in bringing the pleasure of our MC Jaehee forward into this series. So, I can affirm you that  Jaehee is fully satisfied.

It is not a surprise anymore, Jaehee is a masochist who likes to be humiliated and her partner is aware of that fact. So, right at the beginning, there’s a relationship of Master and “Slave” or Pet in all her sexual experience that is settled.

Nonetheless, the pleasure aspect is filled and we can finally close that subject on this article, but open it on my Tipeee or on my YouTube channel where you can find other pleasurable Yuri and Yaoi MMV’s.

Finally, we are reaching the climax and I can finally unravel the MOST important part of all the Yuri manhwa Lilith 2. I know you were waiting for it, I was also waiting impatiently for it and now I can finally tell you the big secret. So, the third and final important fact that is crucial for a perfect understanding of sex and that will make your sexual education the most complete of all is…

Consent, yup, you heard it right. The last and most important one is Consent, I know it’s not one hell of a big surprise, but if it was that obvious to everyone we wouldn’t have rape in the first place.

We are not back in medieval times, where everybody could do whatever they want without caring whether or not they were hurting the person self-esteem.

Let me say it now, If there’s no consent, there’s no respect. I don’t care if you think the person being half drunk or half asleep is okay with you trying something. If there’s no clear YES, do not try anything.

We can all together agree that on the most part, all the relationship of Jaehee had consent involve in it. Sadly, we only saw this fact not being respected once in the whole 2 volumes of Lilith and well, that part will be talked on another occasion.

Anyway, this is it for me today. Don’t forget to go on my YouTube channel if you don’t see me posting every Saturday on this blog. This is a one-woman work, so I try to put content on every aspect.

If you want to be informed on when I post or on what I’ll post or make a video about, you can go and subscribe on my Twitter and my Tipeee where I happily share all the juicy details with you, my friend.

Well, this is it for me today, hope you had a wonderful time together and I’ll see you next Saturday for another discovery. 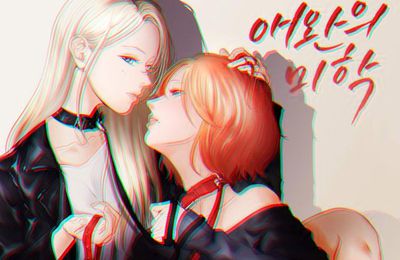 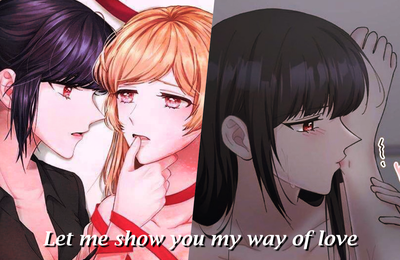