Well, I have been involved in the manga industry for more than a decade now(actually, for so many years that I cannot actually remember when I started adoring this art😅) and during my journey for new discoveries, I met a lot of different genres and subcategories.

Some that I got involved personally through multiple emotional rollercoasters and fortunate encounters. And others that I just somehow heard about without ever having any contact with them, either coming from friends or from my internet source God of resources.

For some reason, those genres were qualified as perverted and against any sense of moral. And before this moment I never questioned these ideas despite the fact that I never read or watch one of those so-called heretics shows.

Nonetheless, recently I decided to overpass those critics and jump to discover these works that I never knew well enough to make a righteous opinion of them. During my research, I discovered this manga by hazard and after reading the plot summary, I decided to make this my first symbolic manga that included this so-called forbidden genre.

Fortunately, it’s not a long and elongated manga with a stretchy story where we can’t seem to find an end and any meaning in why is it still continuing.

So, because of that, it was quite a relief when I found it by hazard and I immediately started getting excited before even starting reading it.

Well, I would be lying if I say that I didn’t take some time before reading this manga. After all, it is something that is considered Ludacris in the human reality world.

But finally, after taking a deep breath, a hot shower and getting all comfortable under my warm blanket, I finally decided to click on the first chapter of the manga called Eve’s medicine or Eve no okusuri by the author Flowerchild. I guess that now is the moment where you start understanding why I called this manga abomination and why there a quite some critics on this. But, today I don’t want you, people, to stop only on the tip of the iceberg and start judging this manga by its cover…

I want you to listen to me up to the end because I will have A LOT to say and to share throughout this whole article about this manga. So, please put your prejudices aside and bring up your logic upfront for a moment.

Now, if you are too disgusted to continue reading this article, please, feel free to go and either check my other content that will surely suit your taste better or continue your previous activity.

It makes no difference to me…

Well, since we have settled everything down if you stayed up to here, it means you still want to know what I have to say and you are curious on what I discovered in this manga that made me want to write a whole article about it.

First, I want to thank you for your open-minded way of thinking and secondly, let’s dive right into it. In Eve no okusuri, we are following the story of four people, but for the 6 chapters that we are given, we only count 4 main characters in which we have some insides about their feelings…

Between these 4 characters, we have 2 junior high school girls that we can clearly qualify as lollies at this point. Their respective names are Ibu-chan and Ena-chan (obviously the “chan” is just an honorific).

Those two are best friends and are in the same school, but they do not have a crush on the same person or anything like that. Well, I do have to remind you that this is not your usual summer vacation shoujo that you will find at your lame library store in the middle of nowhere.

No, despite how short the story is, the author made a great effort into putting a sampler of cohesion in a brief story that is eve’s medicine.

And this personally makes me proud to a certain extent that she tried to give a structure to this quite unusual scenario.

I will not lie, I felt quite disgusted when reading this manga. Many times I felt myself being at the verge of throwing up…

It wasn’t easy to keep my composure during my reading, since some scenes involved the greatest of all crime, PAEDOPHILIA. And God knows I am an openminded person.

But it was still very difficult to handle the view. Nonetheless, I gave myself a challenge and it was my duty to terminate that challenge at all cost. So, I continued reading…

The crushes of those two girls that I talked about earlier are respectively Yuni-sensei (a nurse at the school) and Kaori-senpai (a tennis senior that’s in the same club with Ena-chan). But the relationship chart doesn’t stop there.

We also have a coach called Coach Shima that is involved and gracefully sexually messing around with Kaori-senpai.

I know this may seem messy with all these characters popping from left of right, but, don’t worry it will get more organised with a little help.

To make it clear, I’ll make a quick chart of the different relationship involved in the story, like that you’ll have a clear picture.

So, let’s make a summary of this mess that I tried to build into sense;

The violet arrow means that Ibu-chan and Yuni-sensei are having sexual and romantic interactions with each other.

The blue arrow means that Ena-chan has feelings for Kaori-senpai. Well, correct me if I am wrong, but while reading the manga I didn’t get the feeling that Kaori-senpai had any romantic attraction towards Ena-chan. So, that’s why I didn’t put a reverse arrow on Ena-chan coming from Kaori-senpai.

The Green arrow means that Ibu-chan and Ena-chan are best friends.

And the Red arrow means that Coach Shima as I said earlier only mess around sexually with Kaori-senpai. There’s no mentioning of romantic feelings coming from Kaori-senpai towards Coach Shima.

And well that’s it. I know for some of you who already read the manga, it seem obvious right now. But, I’m actually doing this for those who are new and could potentially be lost in my explanations. Anyway, the basic introduction has been made. We can proceed to the reason behind me actually recommending this book to everyone who read this.

Yes, you read it correctly. I want to recommend this manga to everyone.

Okay, before you start throwing stones at me and filled the comment section with insults and damnation over my family for 3 generations…

I want you to listen to what I have to say first and then you can decide.

Okay?... I can’t hear you, so let’s pretend that you said yes or nodded at your phone right now.

Yes, it is true that this work is outrageous, that it is filled with disgusting images that fly around the theme of paedophilia…

No, I’m not encouraging paedophilia in any way possible and I am pretty sure the author to doesn’t encourage it (at least I hope so).

But I won’t deny something that is obvious and needs to be point out as magnificent in this manga. And that is the character development and flow of the story…

Hear me out here friends, despite how despicable I want this story to be or how venomous some of you want me to be on such art. I can not deny the talent that the author has in doing GREAT, SHORT and CUTE stories.

I’m saying that because, before coming to read this manga. I fell on another work of hers called Subtropics Hotel. One fine book that I’ll surely recommend, don’t worry it’s a non-paedophilia content. The story revolves essentially around two friends of the same age.

So, it has nothing to do with this book.

Well, it is obvious that this manga has nothing in comparison to the Yuri manhua Beloved in terms of art flow and storytelling. But, I definitely fell in love with the art that was exposed to me throughout the entire process of my reading.

It is true, I am not a very difficult person when it comes to drawing qualities and all, but, I do have something called STANDARDS and it is hard to reach them and truly please me on a 10/10 scales.

But this story did it, despite being treating about a disgusting topic and you and I still have to acknowledge that. 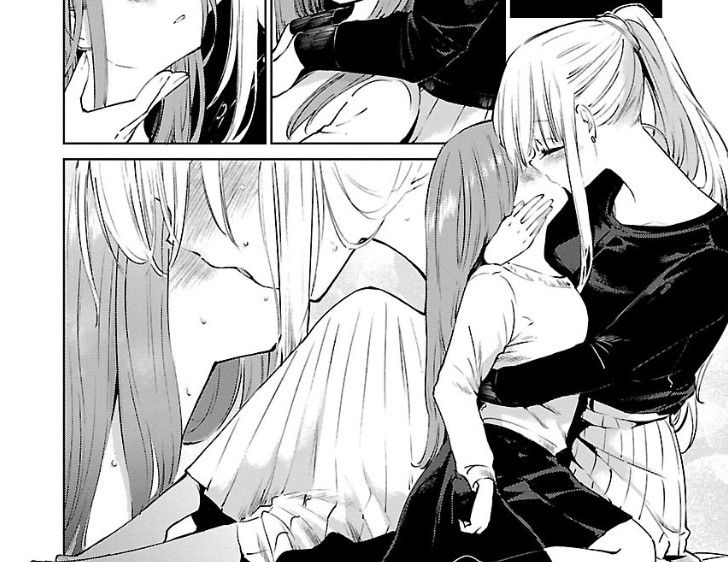 Anyway, we are approaching the end of this article. So, I want to tell you one last thing before leaving you to decide whether or not you should read this manga or you should go and send a death threat to Flowerchild.

By the way, don’t you dare try to do the second option, you scum. You are no God to judge or criticize someone just for the sake of criticising or threatening the life of someone because you are angry and unfulfilled in your life.

Some of you may think that I am a disgusting being for tolerating such art to exist and I want to tell to all of you that not even ONCE, the sexual interaction in the manga was forced. They were no violations, every single one of those people agreed to do those things.

And just for that, I want to give a big BRAVO and THANK YOU to the author.

Will I continue reading her work after this?... I don’t know. Will I advocate for the authorisation of paedophilia?... God, NO. I’ll never do that and I do not think that’s the message the author wanted to pass through her work.

But will I continue to build up knowledge on new things that are unusual and that goes against my principles?... THAT WILL BE A BIG YES.

Let’s not stop learning with an openminded mindset throughout this journey that we are doing together. This is it for me, for those who reached this level of reading…

I gratefully thank you and admire the trust that you put in me. I hope to see you in my next post that will be notified to you through my newsletter. Especially when I’m doing an unknown post like this one.

Thank you for the support, if you aren’t subscribed to my newsletter yet, that’s a shame but we can still meet every Saturday here in the Busta Jungle sanctuary for some incredible new discovery.

I appreciated this short moment together.

Give me a tip on Tipeee