In the show's story, straightforward and innocent Hisone Amakasu is a Self-Defense Force rookie stationed at the Air Self-Defense Force's Gifu Base. She struggles with the fact that she sometimes hurts people unintentionally by her innocent words and decides to join the Air Self-Defence Force, hoping to maintain a certain distance from people. This decision leads her to a fateful encounter that profoundly changes her life. Hisone meets the "OTF" (Organic Transformed Flyer) dragon hidden in the base, and it chooses Hisone as its pilot. When it soars into the sky with Hisone, her fate as a dragon pilot is decided. It is said that dragons have a key to the future of the world...

The official website for the original television anime Hisone to Masotan revealed on Wednesday that the series will premiere in April on Tokyo MX and other networks. The Gainax co-founder and Shin Godzilla co-director Shinji Higuchi is supervising the anime for Warner Brothers. Hiroshi Kobayashi (Kiznaiver) is directing the anime at BONES, and Mari Okada (The Anthem of the Heart, anohana) is writing the anime. Higuchi noted that he, BONES, and Okada created the original story concept together.

And we also have other collaborators helping like ; Yoshiyuki Ito (Space Dandy) is adapting the original character designs by Toshinao Aoki (Kimi no Koe o Todoketai) for animation. Shoji Kawamori (Macross) is credited with mechanic design. Shigeto Koyama (Star Driver) is responsible for the monster concept design, and okama is credited with concept design. Taisei Iwasaki (Blood Blockade Battlefront) is composing the music

Hope you are as excited as me to watch th result of their work. 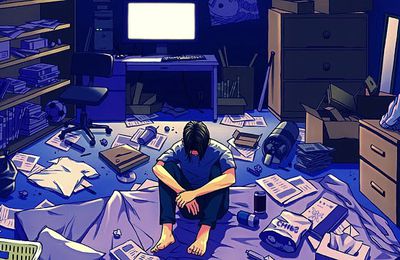